Secondary cargo airports will grow faster than the current main air cargo hubs in Europe according to an on-line polling organised at the Jan de Rijk Logistics’ summer cocktail event at Schiphol on June 7, where certain market trends were analysed. 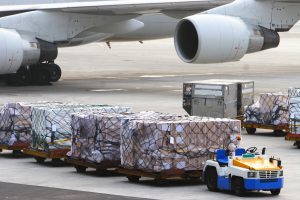 A diverse group of forwarders, airlines, GSAs, handling agents and other interest groups at Schiphol airport participated the poll. More than 80 per cent said that apparently infrastructural limitations will hinder growth at the main cargo hubs in Europe, which will benefit secondary airports. Almost 70 per cent of the participants believe that the growth of airports with less catchment area is leading to a faster growth of air cargo trucking volumes compared to the growth of cargo flown by air.

On the other hand, everyone was optimistic about the future of Schiphol, despite the slot restrictions. Around 60 per cent think that the competitive position of Schiphol airport will improve in the next three years due to a better cooperation of the community based on smarter technology.

Nevertheless almost 60 per cent of the companies that were present is not ready yet to go 100 per cent paperless. So, there are still challenges ahead to further improve the air cargo supply chain at Schiphol, although the outlook remains positive.

Finally, people were asked what they value most in selecting their road feeding service provider. Good performance was mentioned as most important element, followed by large network, and quality of customer service. The price and the extend of digitisation were the least important criteria in this selection.